What's on your mind?

Found a copy of beware dawn at walmart 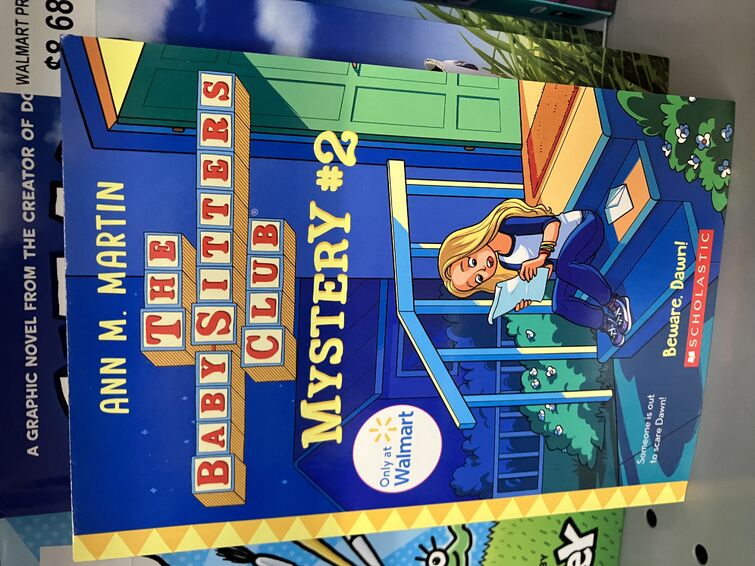 Quick disclaimer: I’d say a good percentage that I’m gonna talk about is kind of negative because if you think about it, the BSC is legit more toxic than you realize, so your favorite character might be heavily criticized

Easily my least favorite out of all. I don’t relate to her much, but I have to give her credit though, without her idea of the BSC it would’ve legit never existed. and it wouldn’t have played a big part of my childhood. BUT, I can say with confidence that she is one of the most toxic BSC members, she was low-key rude in some books and her big freaking mouth doesn’t help things. Now, I understand that she had daddy issues, but it’s hard for me to have sympathy for her because she’s honestly such a pain.

One of the most Iconic members of all time, she made a huge impact on asian american representation on media, since there wasn't much back in the 90s, what a powerful 13 year old! But anyways, I can relate to her quite a bit, candy is a thing a love, and the same goes with a good mystery book, when it comes to school, i don’t enjoy it, but i don’t hate it either, its kid of mid for me.

She is the BSC member that I relate to the most, I was a shy, quiet kid back in elementary and middle school (still am coming as an incoming sophomore!) I cried pretty easily, I had my own fair share of fears, and can be stone-cold whenever I wanted. I don’t live the very strict life that she once had because of her dad, but I had my own share of things I needed to stand up for. ( honestly, id describe my parents to be like Kristy’s, except that my dad didn’t book it to California). Overall, I would consider Mary Anne as my favorite BSC member because of the similarities we share.

I always felt neutral about Stacey, mainly since I don’t have i can relate to with her, because 1, my parents aren’t divorced, and 2, I do not have type 1 diabetes. But I can’t deny that she is honestly such a girlboss💪🏼, she handles her diabetes well, she doesn’t let it get in the way of her living her life, that is very inspiring! I wouldn’t be surprised that she’s probably inspired many kids who are going through the same experiences. Overall, a very special asset to the BSC.

If you made it this far, thank you for reading my nonsense lol, hopefully you aren’t upset about my opinions about the girls. I will be making a part 2 soon, so stay tuned!

I like Mary Anne. She’s nice and kind, she’s smart and beautiful. I also want to add that she’s mentioned to have an “emotional antennae” in the 26th book of the original Baby-Sitters Club book series, “Claudia and the Sad Good-bye”. But what I mostly think about Mary Anne is that she’s fantastically fantabulous at being the secretary of the Baby-Sitters Club in the books, 1900s movie and show and the 2021 web show series. 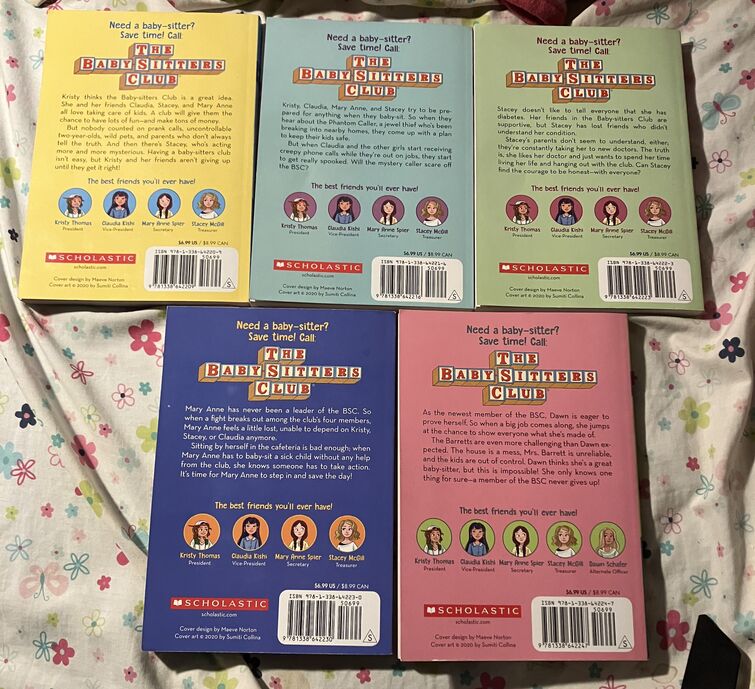 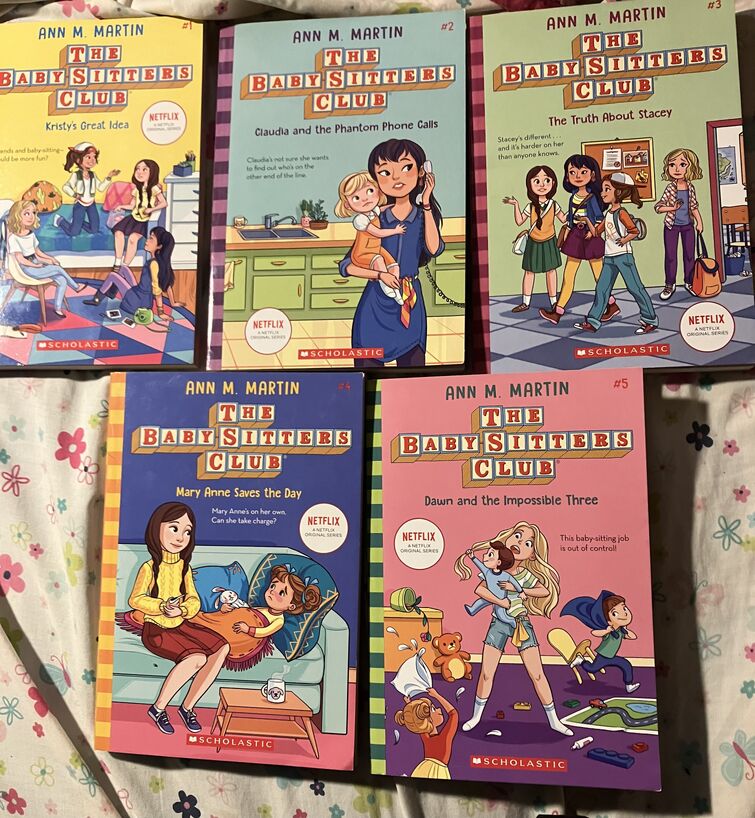 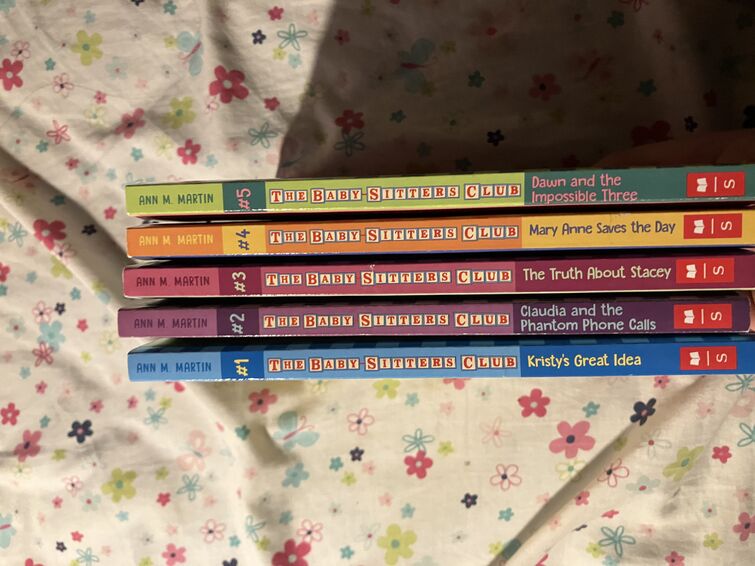 I know that most of us are upset about not being a season 3 of the BSC. Let's take a moment to remember and read all the books! our ballet dancing babysitter Jessi has her birthday today! Congrats Jessi!

Out of curiosity what Super Specials would yinzs like to see brought to life on TV?

Hello! I’m kinda close to finishing the original series (I just have around 30 books left :D), and I want to read the Friends Forever series afterwards. I checked the app I usually get my BSC books from and they didn't have it. Where should I look to get them? Thanks in advance!

Where in Kristy and the Worst Kid Ever, Lou stuffs Boo-Boo into a pillowcase and...(I think this is the scene but I'm not sure) gets it to attack Kristy, maybe another member of the club.

Please don’t read this unless you’re okay with other opinions and won’t attack me for this.

The Babysitters Club. A masterpiece. I’ve read the graphic novels and the books, seen the Netflix series, and the 90’s movie. But which one is the best? This has been an argument in this fandom for years. I would love to hear your opinion. Oh, this might be long. Scroll if you want. I’m gonna share my opinion on each of the versions I’ve seen and then share which one I believe is the best. Also this is mostly spoiler free.

The classics. They’re very good, and definitely the most detailed of all. Obviously, I must speak highly of them. They’re awesome! This is where you’ll find the ACTUAL appearance of the characters, what Kristy ACTUALLY wore for the wedding, and what Dawn’s REAL ethnicity is (no hate to the actresses who played Dawn in the Netflix show, you look stunning, just not like Dawn). If you’re gonna obsess over the BSC, read these.

The most accurate live action version of the BSC. I think the majority of the characters look accurate, the town is as imagined, and the characters act like they’re supposed to. One thing I do find odd about this is that the plot isn’t based off a book. It’s its own concept. I love it anyway.

Why, oh, why did they change the artists? I liked the original Raina Telgemierer (Sorry if I misspelled that) art style! Plot wise though, the actual BSC books were mostly accurate, slightly less detailed, and very nice. The Little Sister books I haven’t read and don’t want to, I don’t really like Karen.

I have … an opinion. It should not have taken place in the current time. That hit me hard. It should have taken place in the 80’s-90’s like it’s supposed to. I get it, its to attract the new generation (my generation, no doubt), but maybe you could have done it with the right vibe? Anyway, besides that, the personalities are fine, but they really did Dawn and Claudia dirty. Claudia is not that much of a spoiled bratty modern teenager, and Dawn is more interested in the climate and trees than .. astrology and meditation? ( I get it, though). Also, those two, and Mary Anne in particular had kind of .. off appearances. Mostly Dawn. At least Claudia was Japanese like she was supposed to, but the actress who played her was not as physically mature as Claudia. Also, where’s the pink in her hair? That’s a red flag. Then we move on to Dawn. She looked more Hispanic/Latina then European blonde girl. In fact, the actress had to drop out for season two, and instead of adding an actress more accurate to Dawn’s original appearance, they add an actress who looked very similar to the old one. Really, Netflix? Mary Anne wasn’t as shy as she’s said to be, her hair is very.. fluffy, and not short. But I’m being completely negative. The scenery in the Netflix version is awesome. I loved the episodes, can’t wait for season 3!

The best (in my opinion):

In my opinion, the best variation of BSC is the 1994 movie. It’s the most accurate to the original books (besides the books themselves), and I just loved the overall plot and aesthetic. What’s your opinion? Burn me to the ground.

They did Karen dirty in the Netflix series. She's only 6 mates...:(

The Baby-Sitters Club Cancelled at Netflix After 2 SeasonsTVLine

This seriously sucks. I know they couldn’t stay young forever in an floating timeline unlike the books but I didn’t expect it to be canceled this soon. The show should find an new home where they will get an proper ending and adapt more source materials and characters like Abby into the mix.

Someone has vandalized the Vanessa Pike page! Please fix it