Claudia and the Phantom Phone Calls

This article is about the original novel. For the Netflix episode, see Claudia and the Phantom Phone Calls (episode).

Claudia and the Phantom Phone Calls

Claudia's not sure she wants to find out who's on the other end of the line.

Kristy, Claudia, Mary Anne, and Stacey have had some strange adventures since they started the Baby-sifters Club. But nothings been as spooky as what's going on right now. The baby-sitters have been getting mysterious phone calls when they're out on their jobs. When a phone rings and they pick up, there's no one on the other end of the line.

Claudia's sure it's the Phantom Caller, a jewel thief who's been operating in the area. Claudia has always liked reading mysteries, but she doesn't like it when they happen to her. So she and the baby-sitters decide to take action — with some very mixed results!

A jewel thief nicknamed The Phantom Caller has been operating in areas near to Stoneybrook. He steals jewelry and calls people's homes to find out if anyone's home (if there is and someone answers, he doesn't say anything) and he sometimes calls more than once. He waits for them to go out and when/if they do, he robs them of their precious items (that he knows about because they have talked about it) and leaves. He mostly does it to wealthy people. If they don't leave the house, he will rob them anyway and is so quiet, you don't even know he's there. The baby sitters hear about his recent robberies in cities close to Stoneybrook and decide to take action. They make sure they know where every BSC member is sitting and when and set up burglar alarms and secret codes, just in case The Phantom Caller, or any burglar, comes to the houses' they are baby sitting at. Claudia and the rest of the BSC members get the calls that start to be just annoying... and then creepy... Who's stalking the Baby-sitters Club? And is it...The Phantom Caller? Is Stoneybrook next on his list?

The BSC is getting ready for the school dance and deciding if they should go or stay home. They wonder what to wear and who to ask. Claudia has her eyes on her recent crush, Trevor Sandbourne! Will he notice her?

When I was young, my friends and I used to baby-sit a lot, and sometimes my best friend, Beth, and I would get scared when we were sitting at night. We thought we should develop a telephone code so that we could alert each other in case of trouble. The way the code was supposed to work was that if I sensed trouble I would call Beth, give her a code word, and then she would call the police for me. Of course, we never had a phantom phone caller like Claudia did, and we never had to use our code, but we had a lot of fun scaring ourselves. Later, when I began to write the second Baby-sitters Club book, I remembered my sitting adventures with Beth and used them to help tell the story.

It’s okay to be afraid when you’re baby-sitting at night. That’s natural. I know I was sometimes scared even when I didn’t need to be, and that was because I read a lot of mysteries, especially Nancy Drews, just like Claudia. Since I liked reading mysteries so much, I decided I would try to write one. So Claudia and the Phantom Phone Calls became the first mystery in the Baby-sitters Club series. Several more followed, and they were so popular that soon we launched the Baby-sitters Club Mysteries. 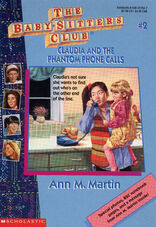 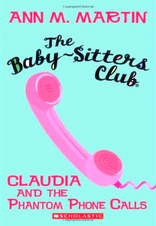 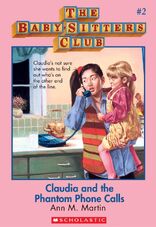 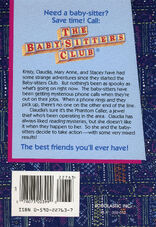 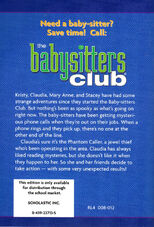 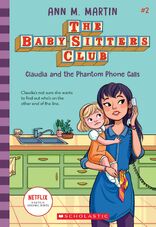 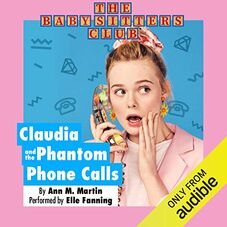 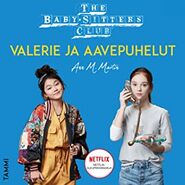