Dawn and the Impossible Three

Dawn and the Impossible Three

This baby-sitting job is out of control! (2020 reprint)

Dawn's the newest member of the Baby-sitter's Club and everybody's glad — except Kristy. Kristy thinks things were better without Dawn around. That's why Dawn's eager to take on a big baby-sitting job: It's her chance to show Kristy what she's made of.

What a mistake! Taking care of the three Barrett kids is too much for any baby-sitter. The house is in chaos, the kids are impossible, and Mrs. Barrett never does any of the things she promises. Dawn's got more trouble than she bargained for. But she's not going to give up until all four Barretts are under control and she's friends with Kristy.

Dawn starts sitting for the three Barrett children, but their mother, Mrs. Barrett, is a complete scatterbrain! She starts off by leaving Dawn the wrong phone number, which Dawn doesn't find out until Suzi Barrett needs her mother. The Barretts really like Dawn, and Dawn ends up missing club meetings. But what will she do when Buddy Barrett is missing? Dawn is afraid that Buddy has been kidnapped! Things go wrong when the parent comes home!

In Dawn and the Impossible Three, Dawn winds up in a sticky baby-sitting situation. Her client, Mrs. Barrett, is very nice but completely disorganized. Dawn finds herself doing more than just baby-sitting — and not getting paid for it. Plus, Mrs. Barrett doesn’t give Dawn helpful instructions or leave her important phone numbers.

If you’re a baby-sitter, here are some things you can do to avoid getting into a situation like Dawn’s. Before you take on any job, find out what will be involved. If you’re going to be doing the job of a mother’s helper, make sure you’ll be paid for it. Although leaving the number where the client can be reached and other important numbers might seem to be the client’s responsibility, it’s your responsibility to ask for the numbers if the client hasn’t supplied them. Numbers you might need in addition to emergency numbers are those of the family pediatrician, a neighbor, or a nearby relative. 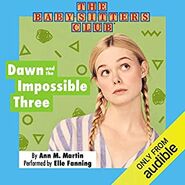 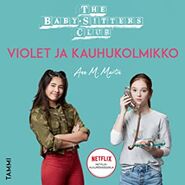 Hungarian cover for Dawn and the Impossible Three and Kristy's Big Day
Community content is available under CC-BY-SA unless otherwise noted.
Advertisement