The Baby-Sitters Club is an upcoming web series tv reboot created by Netflix, based on the books. The original TV Series ran for one season in 1990-1991. The series will be released on July 3, 2020.

In this contemporary take on the beloved book series, five best friends launch a baby-sitting business that's big on fun and adventure.[1]

Add a photo to this gallery

Add a photo to this gallery 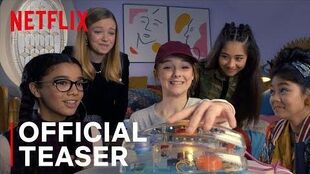 Retrieved from "https://babysittersclub.fandom.com/wiki/The_Baby-Sitters_Club_(web_series)?oldid=22207"
Community content is available under CC-BY-SA unless otherwise noted.