The Baby-sitters are split up for vacation, and Kristy's in the hospital. How will the girls stay in touch? Leave it to Kristy and her great ideas. She's received a special chain letter in the mail – one where you have to write a letter to someone else. So Kristy writes to Stacey, Stacey writes to Mallory, and pretty soon the chain letter is on its way through the club. But what are the letters about? You'll have to read them to find out.

Inside this book is the entire collection of letters, cards, notes, and even presents that the Baby-sitters send to keep their chain letter going. So open the envelopes, unfold the letters, and read what the BSC members have to say. But shhhh! These letters are very secret.

Kristy gets stuck in the hospital while everyone else is on summer vacation. The chain letter is a way for everyone to keep in contact on their various journeys. Each writer is supposed to tell a secret to another person in their letters. Kristy's cousin Robin writes to her first, starting the chain letter. Kristy continues by writing a secret to Stacey. During this time, all BSC members are on vacation. Stacey and Claudia are together in New York. Mallory and Jessi are together with Mallory's family on vacation in Sea City. Mary Anne and Dawn are together in California.

The cards sent as part of the chain letter are bolded.

Front and Back Covers[] 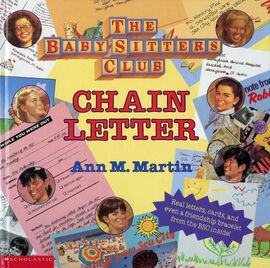 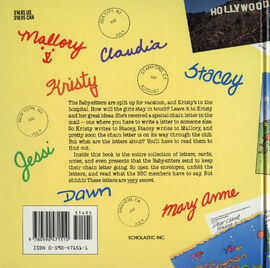 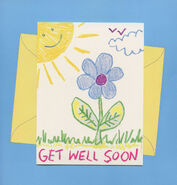 Karen's card to Kristy (inside)

Kristy's letter to Stacey (front and back)

Claudia's card to Janine and front of Stacey's letter to Mallory

Dawn's postcard to Claudia and Mallory's letter to Jessi

Back envelope of Jessi's letter to Mary Anne, and front of Stacey's postcard back to Kristy

Mrs. Kishi's note to the BSC and the envelope of Mary Anne's letter to Claudia

Margo's postcard to Stacey and envelope of Claudia's letter to Dawn 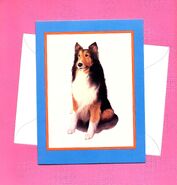 Front of Kristy's card to Robin 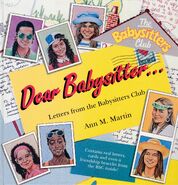 1993 ad from book 67
Community content is available under CC-BY-SA unless otherwise noted.
Advertisement