Stacey's different...and it's harder on her than anyone knows.

The truth about Stacey is that she has diabetes. Nobody knows... except her friends in the Baby-sitters Club.

But even they don't know the real truth about Stacey. Stacey's problem is her parents. They won't admit she has the disease, and they drag her to practically every doctor in America!

Seeing so many doctors made Stacey lose one friend, and she won't let it happen again. Especially now - when the Baby-sitters Club needs her more than ever.

Stacey's parents have been looking for a cure for her diabetes, dragging her to doctor from doctor (including a holistic doctor) which makes Stacey unhappy.

Stacey talks to Dr. Johanssen (Charlotte Johanssen's mother) who helps her schedule an appointment with a sensible doctor who convinces her parents to lay off the search for a miracle.

In the end, Mr. and Mrs. McGill agree to include their daughter in any decisions about her health care.

Meanwhile, Stacey makes up with her best friend from New York, Laine Cummings, whom she had been fighting with since she was diagnosed with diabetes. Stacey is moving schools because people are judging her just because she has diabetes.

The club later loses clients to the new sitters, so they decided to recruit new members who turn out to be spies from the Baby Sitters Agency. They are eventually fired after failing to show up for their assigned sitting jobs.

The BSC later learns from the kids they sit for that their sitters are unreliable. Jamie Newton reveals that one of his sitters from the agency brought her boyfriend over and burned a hole in a chair with a cigarette while Charlotte Johanssen says that her sitters ignore her.

After the girls find Jamie outside in the cold weather without a hat or mittens, they tell Mrs. Newton who is upset & decides to call the other parents to let them know.

In the end, the BSC settles the score with the agency who eventually end their babysitting service.

I hope you enjoyed reading The Truth About Stacey. Many kids have asked me why I created a character with diabetes. As you may know, when I started writing the Baby-sitters Club I wanted to create a group of characters who are very different from each other, but who work well together. Each of the members of the BSC faces her own set of difficulties. I thought it would be interesting if one character faced physical or medical problems. I chose diabetes because it affects many kids, and because I have two friends with diabetes. I also wanted to create a character who copes with her disability in a positive way. Stacey doesn’t ignore her illness — she deals with it responsibly, but she tries not to let it interfere with her life.

Not long after this first book about Stacey was published, I began to hear from kids who are diabetic themselves. Many of them have written to say that the books about Stacey have helped their friends understand the illness. In fact, recently my cat Mouse was diagnosed with diabetes. So the books have helped me, too! 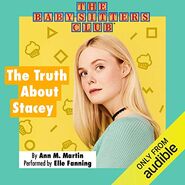 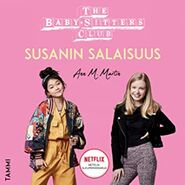 Hungarian cover for The Truth About Stacey and Mary Anne Saves the Day
Community content is available under CC-BY-SA unless otherwise noted.
Advertisement